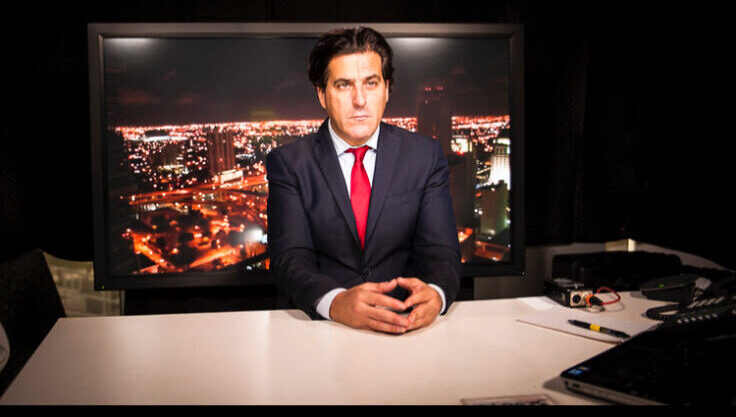 In an increasingly turbulent world where uncertainty dominates, Marco Vicenzino provides refreshing clarity through informed analysis and effective forecasting of complex geopolitics for key decision-makers operating globally in both private and public sectors. At an international investment conference in February 2018, Marco warned of impending pandemics paralyzing the world.

As a reliable source of geopolitical analysis and international business development, Marco combines successful private sector experience with deep insight into the events, issues and developments that drive world affairs. He has distinguished himself through his ability to master and interconnect a wide range of international topics and express his views authoritatively on diverse media outlets around the world.

Marco is a graduate of Oxford University and Georgetown University Law Center. In his twenties, he was founding member, head of business development and general counsel of a technology startup, MapNetwork, which was sold for $37 million and absorbed into Nokia. Marco advises senior corporate executives operating globally and has served as political strategist and advisor for campaigns internationally.

As an attorney admitted to the New York Bar, Marco focused on international business transactions and government relations and taught International Law at the School of International Studies at American University in Washington, DC. He was a consultant to the World Bank and senior advisor to PFC Energy, strategic advisors in oil, gas and renewables. Vicenzino also served as Deputy Executive Director for the Washington, DC office of the London-based International Institute for Strategic Studies (IISS-US). He is currently an international advisory board member of the Asia-Scotland Institute and advisor to Concordia.

Marco is a regular keynote speaker, moderator and panelist at conferences internationally. He is also a regular official speaker for gatherings worldwide for YPO (Young Presidents Organization), a global organization that connects 20,000 chief executives leading companies generating US$6 trillion and employing more than 15 million people in 120+ countries.

Marco’s professional associations have included the Council on Foreign Relations, BMW Foundation, French-American Foundation, Aspen Institute, German Marshall Fund, Atlantik-Brucke, U.S.-Spain-Council and others. His languages include Spanish, Italian and Portuguese and has provided on-air analysis and given speeches in these respective languages.