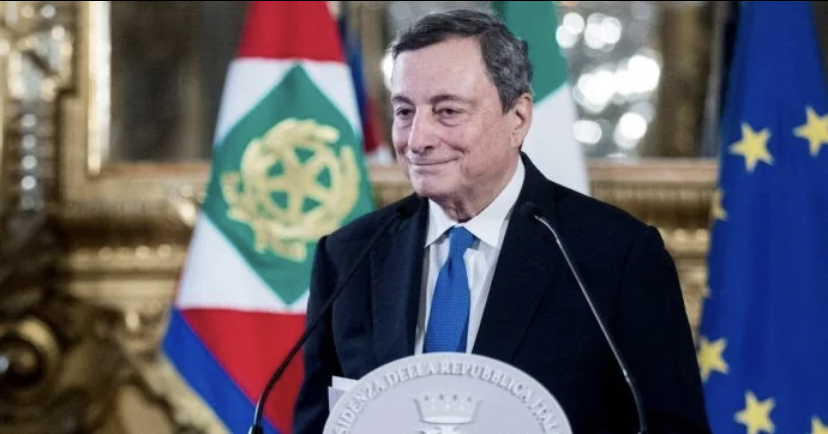 As the man who was credited with saving the single currency during Europe’s sovereign debt crisis, Mario Draghi is now being entrusted to form not just a government of national unity but largely one of national salvation as Italy confronts its greatest existential crisis since the end of the Second World War.

With limited options moving forward, Mario Draghi inherits years of economic mismanagement with practically no growth over the past two decades and public exasperation with current political parties.  Their leaders desperately coalesce around the incoming prime minister hoping for a way out of the pandemic panic.

As the largest recipient of the €750 billion European Union (EU) recovery fund, Italy is under the bloc’s microscope.  Under Draghi’s leadership, Italy must spend wisely and embark on a serious course correction.  Failure to do so will have somber consequences for the future of Italy, and Europe at large. It will further undermine the Union’s political credibility and the willingness of those underwriting its economic resources.

The Covid-19 crisis, and the resulting European recovery fund, provides Italy with an historic opportunity to pursue a long overdue systemic and structural overhaul.  Seizing it effectively remains essential in determining whether Italy assumes its proper role in Europe, and beyond, in the 21st century or continues its dire slide down international economic rankings over time.

Italy has been mired in near perpetual economic crisis in recent decades. For far too long, the standard approach was kicking the can down the road. The words time-is-of-the-essence became a common refrain that was increasingly yawned at.

The difference this time is the gravity and immediacy imposed by the pandemic, which requires firm and timely action by party leaders who remain exposed with little room to maneuver.  Failure to act decisively risks public repudiation during this fast-moving, continuously unpredictable calamity.

Draghi will try to leverage this reality to his advantage – at least for the immediate future.  Much of Italy’s political establishment lacks credibility among most ordinary citizens and Europe’s higher-ups who will be administering the recovery funds. Ironically, the EU elite’s own credibility often remains questionable among broader European publics.

Access to the EU recovery fund inevitably has conditions. Very few in Italy’s establishment has the knowledge, experience or expertise to maneuver in the world of Euro-finances like Draghi. One argument is that Italy’s discredited politicians need Draghi more than he needs them at this critical juncture in the pandemic.  However, without their support, little can be achieved.  Ultimately, the relationship remains one of mutual dependence.

Furthermore, Draghi will need to appoint an effective cabinet that strikes a realistic balance between credible technocrats and the few, if any, remaining competent politicians.

Despite considerable opposition to Draghi from the grassroots of Italy’s populist parties, their leaders have succumbed to broader public, and media, pressure to join the new national unity government.  None wants to be seen as spoiler during an historically risky and volatile time.  Most have fallen into line – at least, for now – and using the rhetoric of national interest above personal gain and partisan advantage to justify their new-found sense of unity.

For many partisan stalwarts, witnessing sworn political enemies provide near unanimous support for a unity government was a step too far. In a somewhat esoteric exercise in direct democracy through online voting, nearly 40 per cent of registered members of Italy’s single largest party in parliament – the once staunchly anti-establishment Five Star Movement – outrightly rejected Draghi’s unity government.

Over the years, incessant bickering – between and within parties – has resulted in a near continuous state of political malaise.   In Italy, hope and cautious optimism for a new beginning must be balanced with political realities which continuously cast a shadow over national prospects.

The UK’s departure from Europe left a substantial power void in the bloc.  As the Eurozone’s third largest economy, Italy should be naturally placed – at least, in theory – to increase its influence significantly in a post-Brexit vacuum. However, Italy’s status quo is not particularly encouraging for such an outlook.

Internationally, many eyes are focused on Italy as it currently holds the rotating presidency of the Group of 20 major global economies.  In the short-term, Draghi’s presence at the helm, accompanied by his personal gravitas and global standing, provides Italy with a much-needed diplomatic boost during this high-profile annual exercise.

However, the real test lies in Italy’s commitment to sustainable, long-term economic policies which must include debt reduction, reducing bureaucracy, attracting foreign direct investment and allowing business, particularly small and medium size enterprises, to grow at home and a chance to expand abroad.

While Italy’s current G20 focus is largely on African debt relief, at home it has experienced an 8.9 per cent economic drop, its worst performance since World War II.  Furthermore, Italy’s public debt in 2021 is expected to soar to a new post-war record high of 158 per cent of gross domestic product.

As long as these realities prevail, many outsiders will continue to seize upon Italy’s historic struggle to overcome internal challenges and subordinate it to the least of the great powers.  Sceptics may add that on its current path, Italy will no longer be great or even a power.

Ultimately, only time will tell whether Italy, under the leadership of Mario Draghi, can rise to the momentous challenge and reverse course.