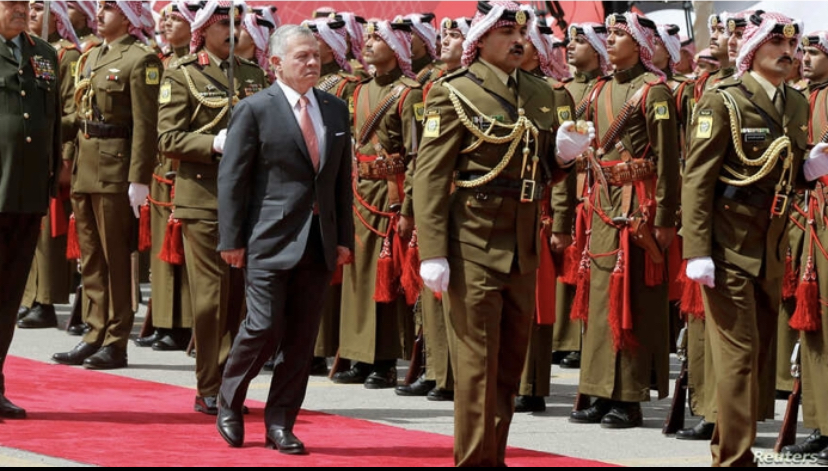 For decades, the kingdom of Jordan has been one of the closest and most reliable U.S. allies in the Middle East. The American political establishment, and its western allies, have seen Jordan as a bastion of stability and moderation in a historically conflicted region. However, perceptions in Washington, and in other allied capitals, do not always comply with realities on the ground elsewhere.

Jordan’s royal family is clearly confronting its most serious internal crisis in decades. Sibling rivalries between the half-brothers, King Abdullah and Prince Hamza, originate — and arguably predate — when in 2004 the King replaced Hamza as crown-prince with his own son, Hussein.  Since then, Hamza — the once heir-apparent — has been marginalized for the past 16 years.

However, underlying the palace intrigues are serious existential factors, including the kingdom’s rapidly deteriorating economic situation and mounting public grievances, particularly over corruption, that have been brewing for years. The status quo has been exponentially exacerbated and accelerated by the Covid-19 global pandemic.

The current crisis was clearly not a coup attempt but an effort led by Prince Hamza, with the support of others, to increase his public standing and influence as the kingdom’s de facto voice for reform, particularly against endemic corruption. However, it will remain subject to debate whether this was triggered more by a sense of personal gain, and settling old scores, or public service to the nation — or possibly a combination of both factors.

Upon being detained, Prince Hamza released a public statement: the “ruling system that has decided that its personal interests, financial interests, that its corruption is more important than the lives and dignity and future of the ten million people who live here.”

In essence, Hamza wanted to become the focal point for the expression, and exposure, of popular grievances in Jordan that would appeal to many ordinary citizens feeling disenfranchised and trigger a wider public debate about the nation’s political and economic future. Politically, he could justify his position as a necessity for the good of the country and a response to growing public discontent.

For King Abdullah this was beyond an internal family squabble, but an attempted power grab. That is, a direct and open challenge to undermine his authority, legitimacy and credibility at home, in the region and internationally. Hence, the King’s decision to immediately confront his half-brother and swiftly neutralize him.

In order to bear fruit, Prince Hamza’s initiative would have inevitably involved organizing politically, mobilizing public opinion and harnessing a support base among a broad cross-section of Jordanians and particularly among the tribes — who have historically served as the monarchy’s backbone.

Furthermore, Prince Hamza is likely to have already seized the initiative by holding preliminary meetings and consultations with aggrieved tribal elements and other factions in the upper echelons of Jordanian society, and potentially beyond.

In a press conference, this was what Jordan’s foreign minister, Ayman Safadi, was likely referring to as “movements” and “plots” that undermine the kingdom’s stability and security.

King Abdullah seems to have achieved his key objective of neutralizing Prince Hamza, at least in the short-term. However, the ongoing threat of instability and public unrest in Jordan remains real in the longer term. Should King Abdullah fail to adequately address growing public grievances in his quest to modernize the kingdom over time, the results could prove disastrous for Jordan, the broader Middle East and western interests in the region and beyond.